We're delighted to share with you the amazing photos made of The Art of Fosco Culto by the multitalented artist Circles of Wolves, the sorceress behind the audio-visual project Chthonia.

Chthonia channels infernal witch-hymns of solemn invocation and ecstatic veneration, expressed through the vessel and voice of the Stygian Nymph.

As long-time appreciators of the project since the first album honoring the daimons of seven poisonous plants, a domain most revered by the underworld Goddess Hekate, we contacted Chthonia with the idea to make a set of photos of the book guided by her own visions of Fosco Culto's Art. Hekate is strongly present in Fosco Culto's Art, alongside other nightside and lunar goddesses, so that sounded like a great opportunity to join the two artists' visions of the Dark Feminine.

What results is a set of breathtaking photos pulsating the numen of nocturnal sorcerous art. Please have a look: 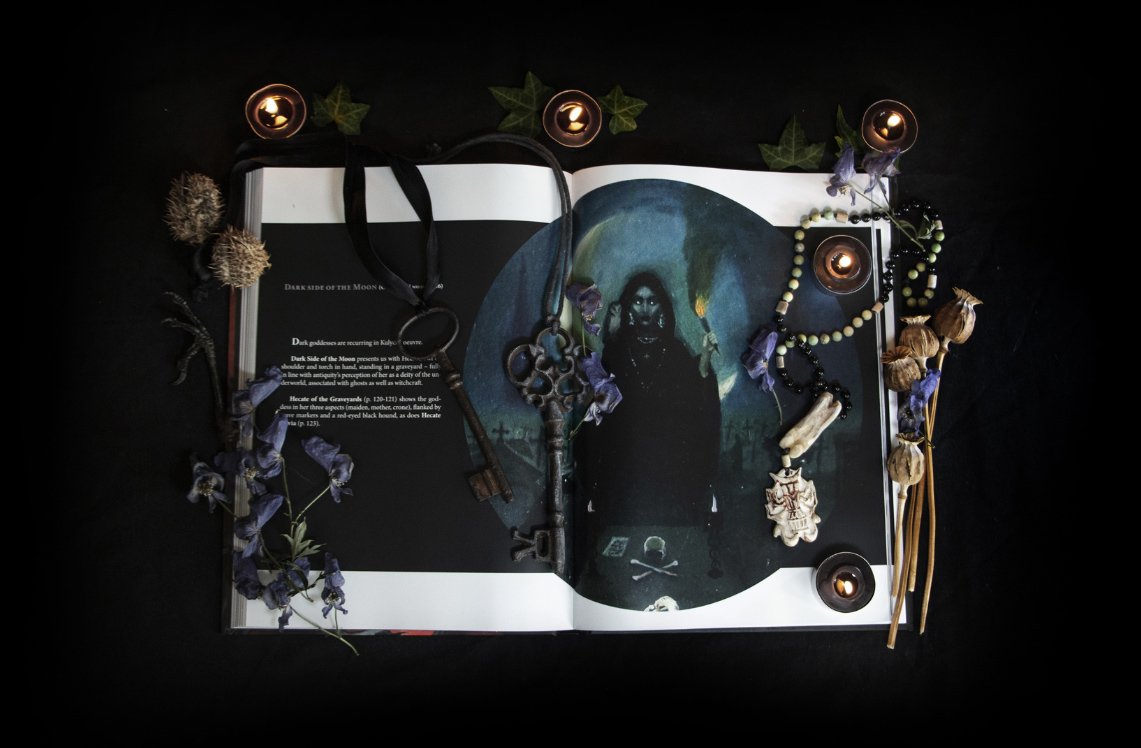 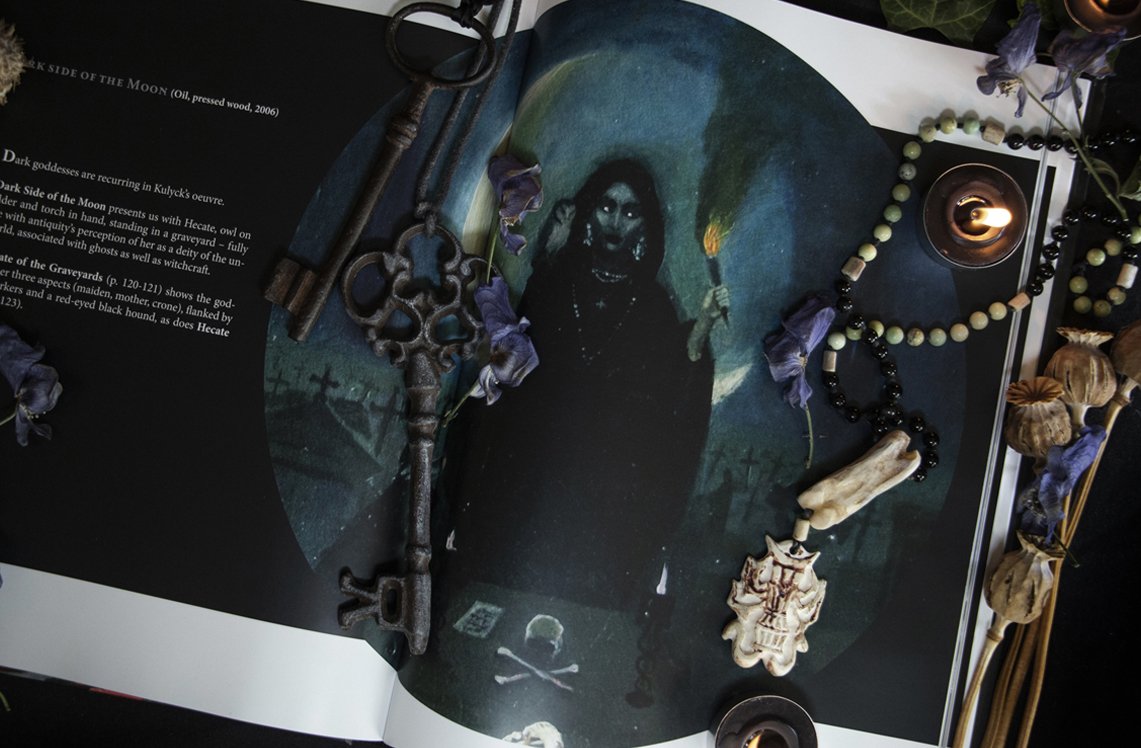 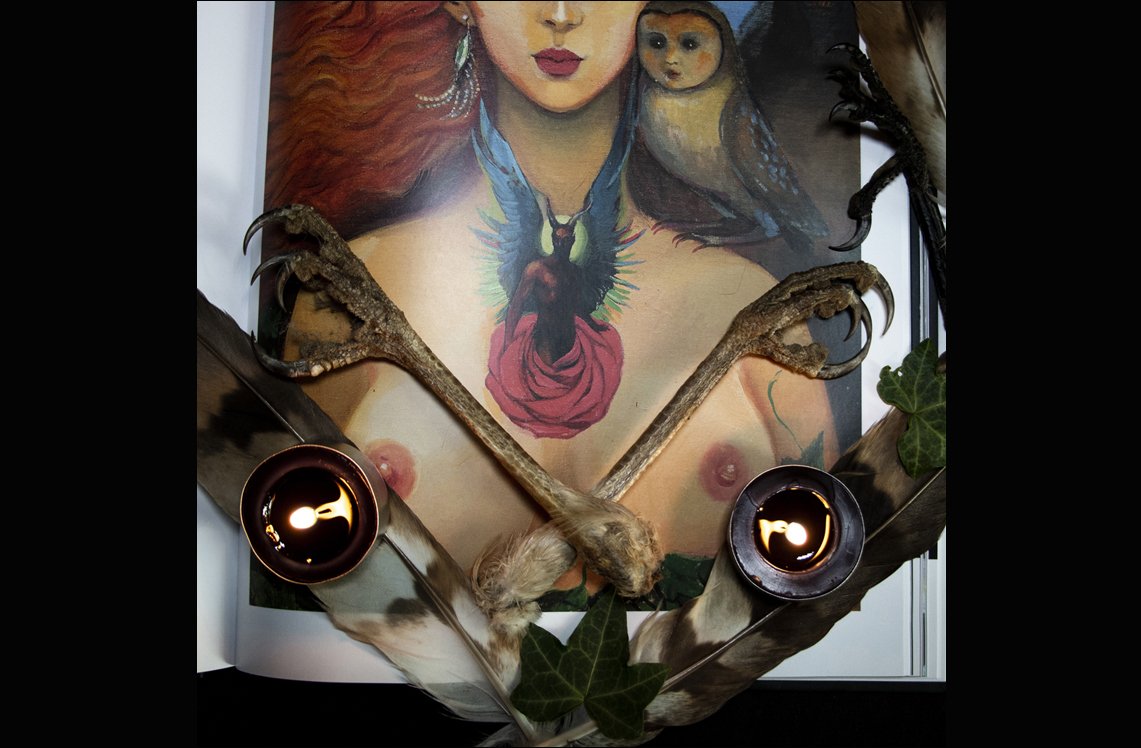 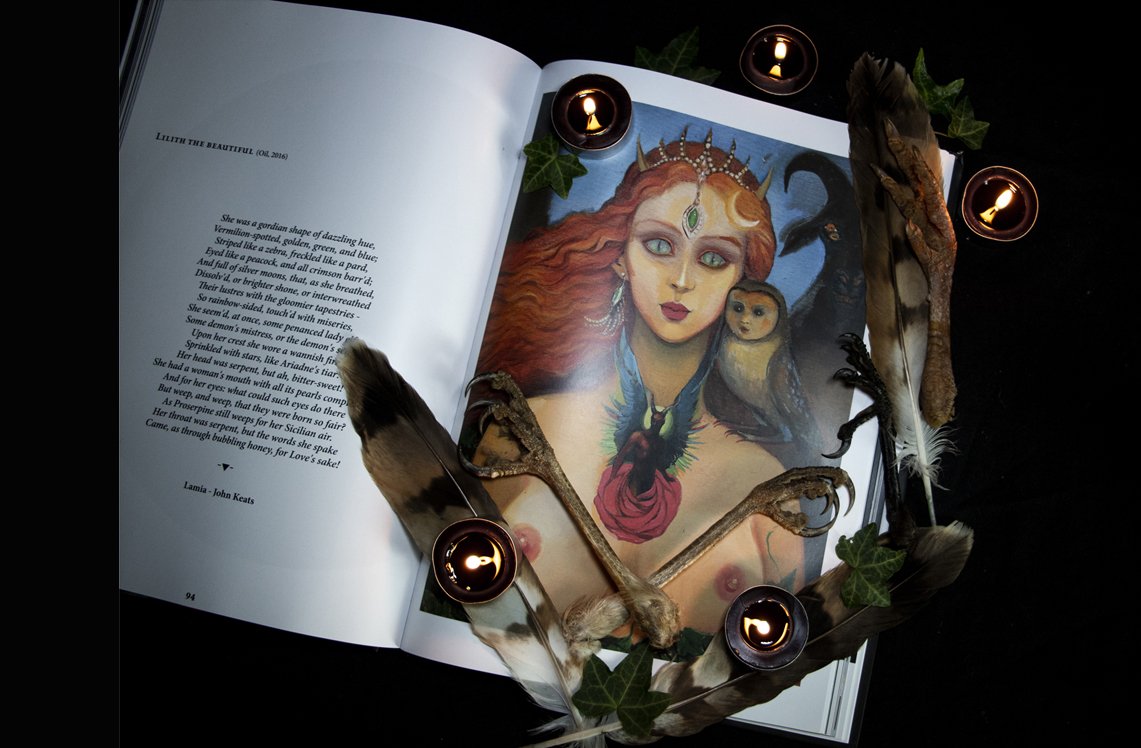 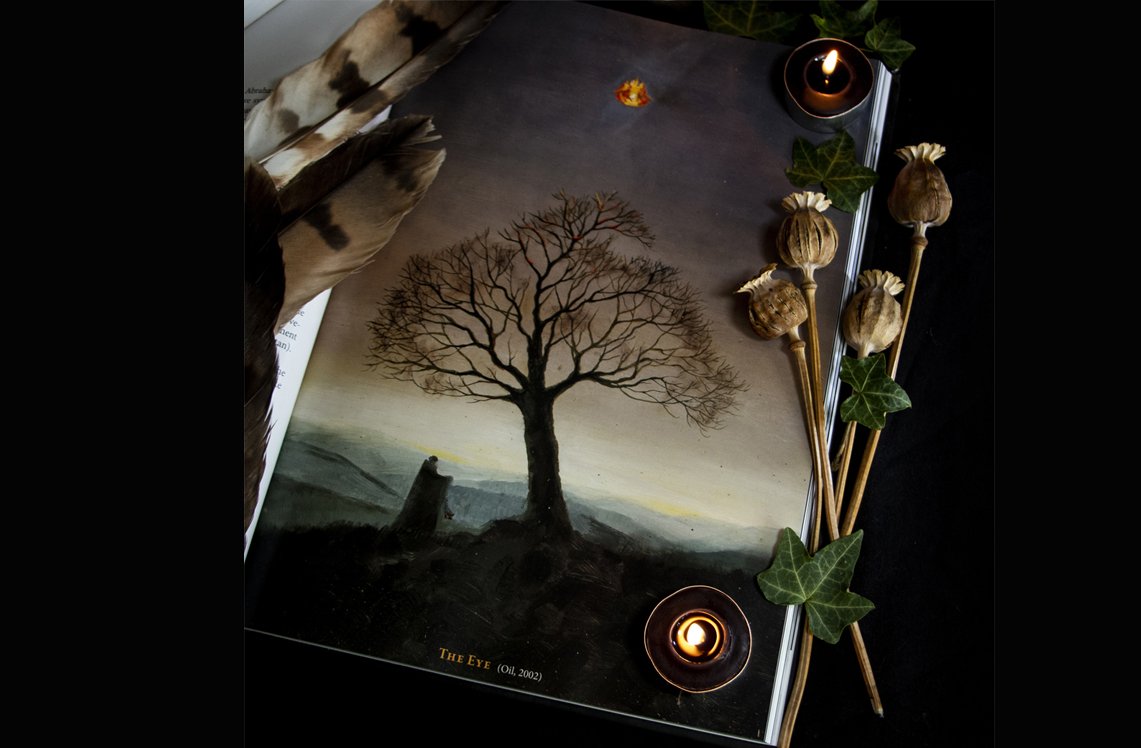 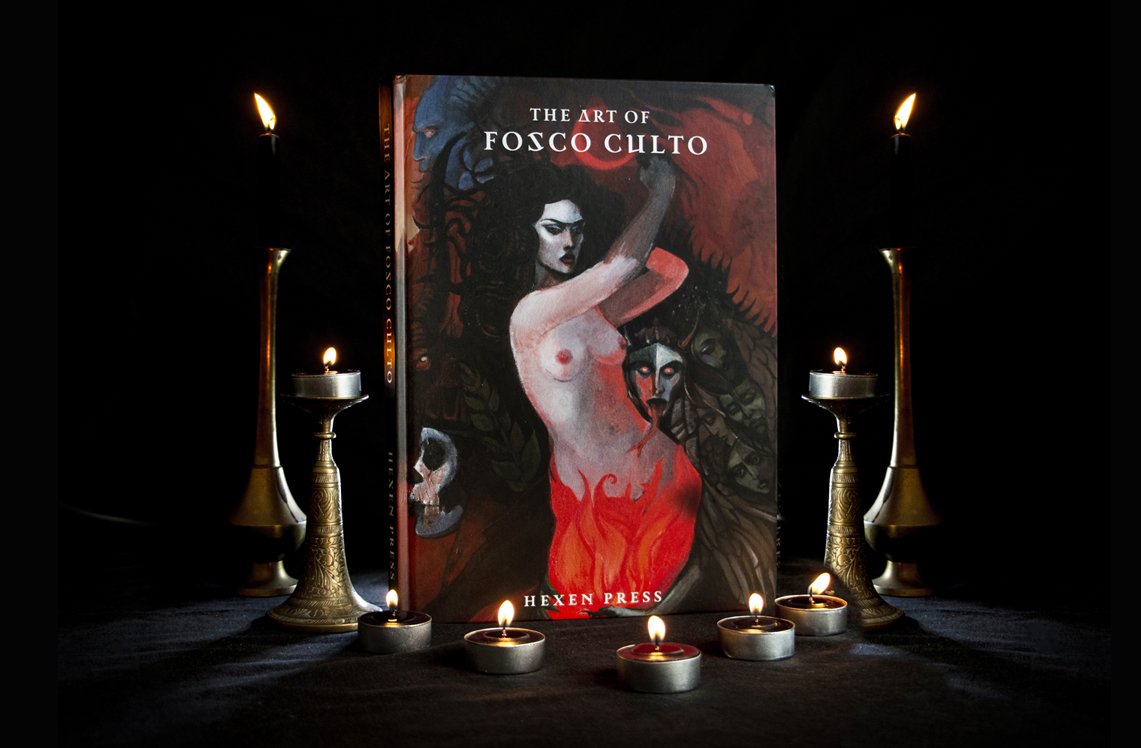 We warmly suggest our readers to follow the different manifestations of Chthonia: 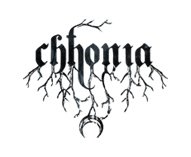